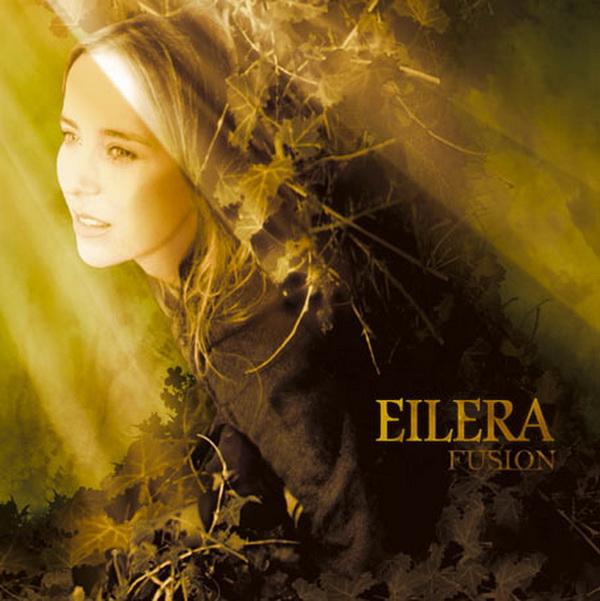 Beautiful melodic Rock/Metal with a Celtic soul, strings arrangements and filmic atmospheres and programming. A few but meaningful aerial guitar soli are back, Eilera’s voice continues her work of light, making this album a perfect synthesis of Facettes and Precious Moment, while going further and deeper. For many people, Fusion would become the reference work of Eilera.

The opening song of the album is an anti-nostalgia song. It came to me one day as I was feeling a little pinch in my heart, thinking about some good old memories. And I actually became very much annoyed about this! As I realised how pervert nostalgia can be. I mean, the second you start missing the past, you become unable to see what’s good in your present… And you start missing a lot. So I had to say to this lady: ‘Non Merci’. Politely.

This song follows the previous one quite logically. It is about Living. Capital L. Not yesterday, not tomorrow, but right now, and right here. Feel home, feel your roots, from your toes to the top of your head, and allow your eyes to see what’s beautiful around you for real, and not only in your fantasies of a far-away make-believe land. This song is the person I am today: a girl with her feet dug deeper and deeper in the ground of home, but enriched with the perfumes of abroad. Some metal music which was composed on the top of a mountain that stands in the middle of a triangle between my blue mountains, south-west Ireland and Scandinavia.

It’s the story of a little girl who has grown older, and who can now answer a question she had set for herself years ago: ‘Will I still be able to love in a pure way when I am an adult? Or am I going to become like one of those Hollywood actors who have sex five minutes after they met and without feelings?’ Well, the answer is in the song, for ‘I haven’t lost it…The Dreaming’! I’ve enjoyed very much playing with the electronics on this song. I think these sounds are very powerful, primal; very sexual. They marry fiddlin’ and rock very well, like in a passionate embrace between a romantic woman and a strong masculine and yet sensitive man.

There is a girl feeling her feet freezing in the snow. She is watching two men training a young horse, and a cold sun is setting. She is filled with strong emotions that make her heart beat faster with passion and excitement, and her head is flying a little bit. For her self is filled with contrasts that make her feel very much alive: the warmth of her blood and the cold on her body, the smoke that is coming out of the horses’ nostrils in the freezing air, as well as the energy of his movements in the dormant nature, the sleeping trees with so much life inside that will come out as soon as the snow will be gone, the fire of the sun setting on the white snow, and all of these bringing her back to the warm passionate freedom she has enjoyed a few hours before with a man of warm and cold blood…

It’s a song about things that make my heart beat faster. Adventure, passion, excitement, the unknown…All these things that make me want to enjoy every day of my life. ‘I want no life without passion. Without love’… I needed percussions for such a song! It was a very exciting time to compose and play the song, for I felt its arrangements should be experimental and ambitious, but without breaking the simplicity of the song. A little bit like a saga with a simple ‘Good versus Evil’ central plot.

Of all negative feelings I have experienced so far, I felt that Guilt was the most destructive of all. This song is about realising that there is a super-power in me: that of hurting a man I had been loving for years. I think this one of my strongest songs. Its arrangements had to be more naked and genuine. A music with roots. Those of the Celtic dramatic beauty meeting with a rough and violent form of metal music. The best of all cradles for the Strength and Frailty that would be carried in my lyrics and through my voice.

The idea of this song is very simple: If we don’t take more care of the Heaven that surrounds us, we will lose it. Then it is too late.

BACK TO THE ESSENTIALS

I am fascinated by storms. For me it is one clear validation that Perfection DOES exist. A perfection that scares and attracts me, and makes me feel very small. But at the same time, what other moment can make me feel more alive? When I witness a storm, Life suddenly feels very vividly in my body. Without any ornament. It becomes very clear, almost solid, like I could almost touch it.

To me, living in a democracy is a good start to your freedom, but it is not all. One day I wondered where the boundaries in my head were coming from. And I realised that even though I am not a religious person, some of them had been imposed to me by the Catholic Church. Shame and Guilt. Two good ways of controlling minds… Well, mine has decided to follow a moral that would not be governed by some negative intentions…I like to be naked without feeling ashamed or guilty.

He is the chosen one among the 12. My favourite one. The one that takes me out of hibernation after the hot summer. September to me rimes with renewed energy and purity. It witnesses the violent kiss of cool breeze and bright colours. In my music: the light fiddle and heavy rhythmic, light melodies and powerful ones. One of my favorites among my babies.