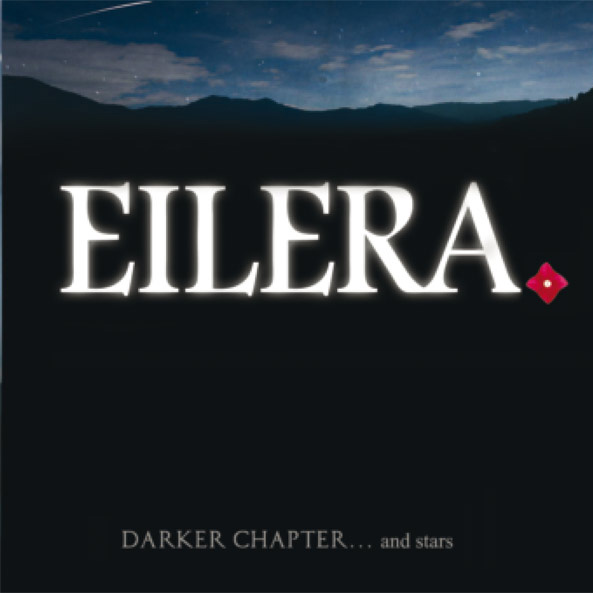 Darker Chapter… and stars was in many ways an earthquake under a night sky for Eilera, which eventually led to destruction. This album was made in times of the fall of the music market. The industry was bleeding money and its executives’s growing fear of investing in artists, translated into formatting the market more and more. The number one asset of Eilera, which had been its idiosyncratic voice and its innovative music suddenly became a « danger factor » in the eyes of the industry. Aurélie and Loïc were pressured to « do more like Nightwish, or Within Temptation », which had become the leading bands in their field.
Eilera decided to partly play by those new rules, but not to sacrifice everything to them. They would make a new album by themselves and learn the new promotional and communication tools that were offered by the internet. They would grow with the flow.
Such an album however, was extremely ambitious to make with fewer resources. Besides, the friendship between Aurélie and Loïc had encountered big blows. They had lost of their initial strength together. Working together had become increasingly difficult, on top of which, Aurélie’s private life had fallen into darkness. This period of time in Eilera’s life was thus just like the title of the album suggests : a little bit of hope left shining and aching, over a black sky… But like they say : « What does not kill you makes you stronger. »
The album was made, self-released over the internet, then promoted and later released in CDs, that would be distributed by Season of Mist in France. Loïc and Aurélie, together with bassist Jan Sormo and drummer Jean Ferry embarked on a tour… which would also be the last tour of Aurélie and Loïc together. The time had come to turn this page.